Digital vs. Film - Not so Fast

For those who have followed this blog for a while, you have noticed that a large part of my inventory on this  website is in the black and white genre. I especially showcase this 1970's direction with  a new "resurrection" of images that flow from my scanner to this website on a somewhat monthly basis. These new arrivals  flow "from the land of the dead" ( not being scanned ) to the "land of the living" (vibrant black , white and rich grey  black and white images that now have a new life of their own). 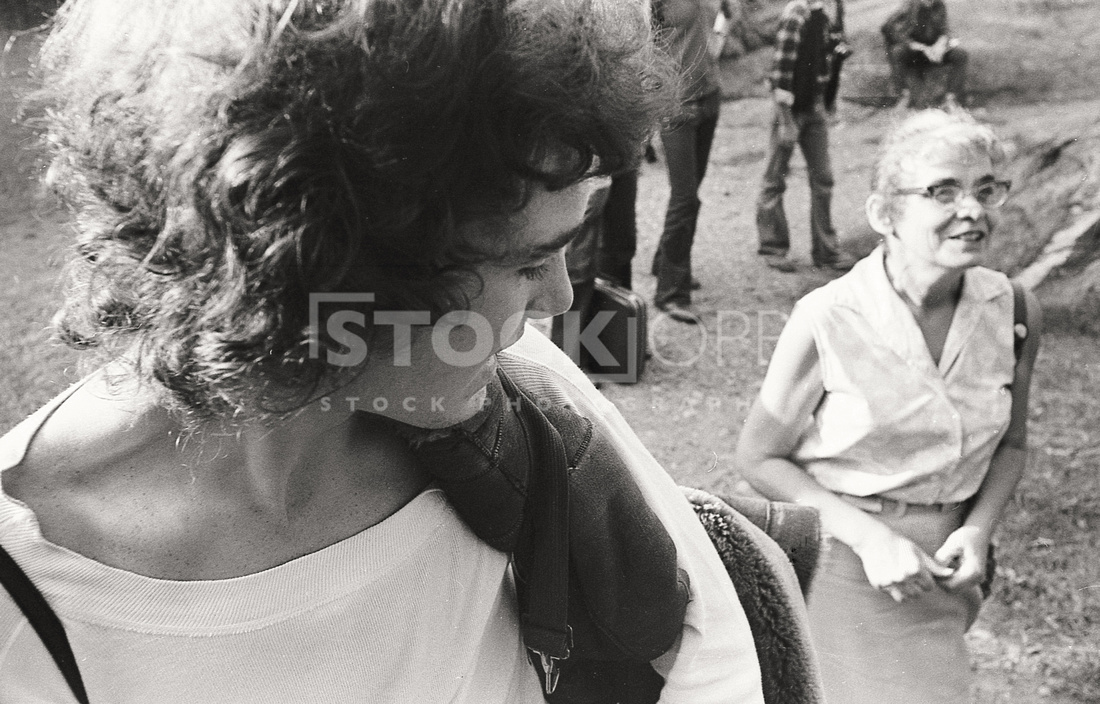 So what is the thing that saves these images? Is it the scanner? Or is it the images themselves that almost "yell out" to be scanned like a distant but persistent " creative, different drummer'"?

Are my 1970's images digital or analog (film)? Well  they were shot on mostly a Nikon F with Tri-X film and developed personally by me. That makes them not digital? Right? Not so Fast. They are shot as film but basically "printed" as a digitally scanned image. So the film/digital argument breaks down here.

Are my 1970's photos personal? (in the way I photographed people) or are they "historical" ( a collection of images done in real time) ? Lets take a look at another photo of mine.

Is this just a photo of student friends of mine or is it more -  a snapshot of a time and place in history?  Is it their own personalities that I captured or have I captured maybe just a little bit of their "souls" in the photo? If the questions sound ambiguous, they are not. Confusion and ambiguity can spur us on to finding a "meaning"  contained in these archived photos. "What does it mean to be young?" , "What does it mean to be old ?" , "What can young and older people learn about themselves from each other?" A dialogue begins from a photograph. What will be the conversation?